Regarding my post of Monday where I raised the question of whether blacklists are real... 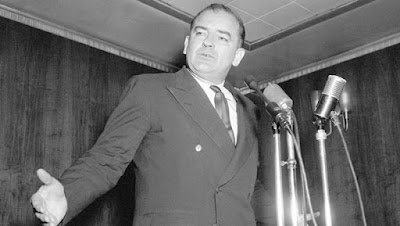 I don't often approve anonymous comments, but I did in this one case, since it sounded true, and given the subject matter, it's completely understandable why someone would prefer to remain anonymous:

"Day after the election, when I posted a picture of myself with a Trump hat, a famous editor of whom almost anyone would know her name, had her assistant message me to tell me how awful I am, that I'm not going to be invited to write in anthologies again, coupled with the threat that the publishing industry is small and word travels fast.

"Blackballing is real. But you are not alone."

POSTSCRIPT: As a result of this discussion, I received this PM, which I am keeping confidential, of course:

"The black list is real. I don't want to be named either but an editor I know flat out told me he was thinking about working with me again but after I supported Trump publicly he doesn't see how we can ever work together again

"He is a big whig editor at a conservative outlet that publishes books and I'm on my second book. All offers of help dried up."
at January 04, 2017