By the way, I just celebrated the 47th anniversary of my start in journalism. I submitted my first newspaper article to the local weekly newspaper, The Billerica (Mass.) News, in November 1969. It was an account of an overnight hike and camping trip by my Boy Scout Troop. I wrote it out by hand and the newspaper published it.

It didn't have a byline and at the next Scout meeting the adult leaders were confused as all heck because no one could figure who wrote it. They were a bit startled when I 'fessed up. I was 12 years old and a Second Class Scout.

My next story had a byline, and I've been at it ever since. I still have the original clipping, too. Here is the text:

"On November 28, Troop 50, which is sponsored by the First Congregational Church, on Andover Road, held its annual November Hike This year it was held in Buddy style, scouts being assigned to partners, and hiking in two's. The route began at the First Congregational Church, wound around Farmers Lane, ascended up Fox Hill, and went down to the gravel pits off Pond St. Once there, the partners set up separate camps, using large sheets of plastic for shelter.

"All cooking was done without utensils, meaning no pots, pans, knives, forks, etc. At first it seemed hard, but the newer scouts soon got the knack of it.

"After eating breakfast Saturday morning, the scouts broke camp, some hiking back to their homes, others leaving in cars. The trip was well enjoyed by the 20 plus scouts who attended, and they are looking forward to the same trip next year."

Side Note: It was my first overnight camping trip and the weather turned colder than expected - below freezing, in fact. As a result, I received a "Polar Bear" award with my very first scout patch.

I had taken blankets for the camp out, but as a result of the freezing weather my father went to the local Sears and bought the best sleeping bag they had in stock, which I used for the rest of my Scouting career.

In fact, I still have it. It is the literally the oldest personal artifact I own.
at November 30, 2016 No comments:

I am deeply honored 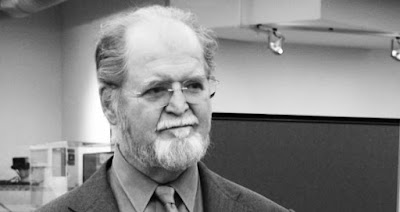 Well, since I have his explicit permission to quote him, there's no reason not to disclose that it's Larry Niven who's read "Another Girl, Another Planet" and said "I loved it. Brilliant ideas well told."

Look for "Another Girl, Another Planet", coming out soon from WordFire Press.
at November 25, 2016 No comments:

Some stats on my short fiction:

First story published in first issue of a pro-rate publication.

Last story accepted by Gardner Dozois before he retired from Asimov's.
at November 02, 2016 1 comment: