This was originally posted to my Facebook page, but it bears repeating"

Hey Lou -
Just so you'll know, you are in inspiration--literally. I read your book Letters from Gardner last year, and enjoyed it a lot. It inspired me to start a series of stories in the 1632 universe about a young down-timer who becomes enamored of future-style horror fiction as published in a new magazine there in 1634, and starts trying to write stories, with predictable results. (I hasten to say there is no resemblance between my character and any actual writer, living or dead. He is simply an Everyman writer.) Each episode ends in a letter from the publisher/editor to the writer detailing what he did wrong this time. The publisher, who was an already existing character in the series, is named Johann Gronow, and naturally, when the idea for the series hit me, I immediately thought of your book, and presto, the series became Letters from Gronow.  :-)

Episode 1 was just published in the most recent Grantville Gazette, and I just finished writing Episode 5. There will be at least one more, because he hasn't sold a story yet.  :-)
You're an inspiration to us all, in more than one way.  :-)

Comments made so far about my story "Watch What Happens" at Fiction on the Web:

"I enjoyed this story very much, nice to get a feel-good story in these troubled times and I'm sure that it will resonate with writers of all genres! Thank you,"


"Thank you for the sweet story with a happy ending. I enjoyed it."


"Totally agree, what's wrong with a feel good story? Well drawn characters and a good idea with the watch and of course our hero being a writer!"


Yep, I totally understand why I'm a minor spec fic writer. Nobody really wants feel good stories with happy endings, right? We all want depressing stories whose world view is as negative as our opinions of ourselves.

Let me tell you a little story about him.

Every year, the Columbia University student newspaper, the Daily Spectator, holds a dinner in late winter to mark the transition to the next set of student editors, for the coming academic year.

It's called the Blue Pencil Dinner, and it usually features a journalism-related guest speaker.

The Blue Pencil Dinner in 1980 was held on Valentine's Day. It was the last one I ever attended. Two months later I was elected to the student council, and university senate and never wrote for the paper again.

Prior to the Blue Pencil Dinner, the board announced that Jimmy Breslin would be the guest speaker.

I grew up in Massachusetts and Breslin wasn't such a big deal to me. The native New Yorkers thought otherwise.

There was one underclassman, Ken, who was just thrilled that he would get to hear Breslin hold forth. He made no secret he was a great fan of Breslin's.

The night of the Blue Pencil Dinner - held in the rotunda of Low Library, the university's administration building - comes, and Breslin is introduced by the editor-in-chief.

Staggering drunk. And in a bad mood.

It seems Breslin thought he had been invited to speak before the students of the distinguished journalism school - and not the undergraduate student newspaper.

And he made his displeasure quite plain, as he went on a drunken tirade about what a bunch of losers we all were.

And then, to rub it in ever further, he decided to give us a lesson from the podium, as he grabbed the most recent issue of the Spectator and decided to critique it then and there.

Holding the paper aloft, he read the headline and byline of the lead story.

It was by Ken.

He proceeded to rip the story apart, delivering a vicious evaluation that was unfair, inappropriate, and plain damn cruel.

I knew how much Ken admired Breslin, and I took a quick glance across the rotunda to where Ken sat.

Just a glance, mind you - it was too painful a moment. All I can say is that Ken looked stunned.

After Breslin finished eviscerating Ken's story, he moved on to the next, the second lead, and read the headline.

I held my breath. It was by me.

After Breslin read the headline, he continued "By Lou..." He stopped a look of hostile drunken befuddlement crossing his sweaty brow.

Sure enough, in his inebriated state, he couldn't get past my last name, and that seemed to stop him in his tracks. He stopped the rant and dropped the copy of the newspaper.

He still went on with a load of hateful drivel, but it seemed once he had paused he lost his momentum and he sat down after a few more minutes.

It was a terrible night, and I know for sure some of the students at the dinner were sorely disillusioned with Breslin after that.

I never learned how Ken took it, I never saw him again.

Here I am, a Texas resident 32 years, 37 years after that night, and the news of Breslin's death reminds me of that night.

I don't know what else to say. 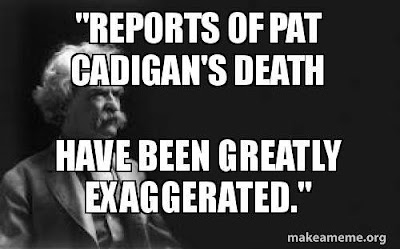 One of the things to proliferate on Facebook recently was when Pat Cadigan - who was in Philadelphia for Susan Casper's Memorial Service on March 11- left to go back home, and someone noted that Cadigan had "gone" people took the worst possible interpretation of the word and thought Pat had died.

Everything on the internet goes negative and downhill. I feel the best way to deal with this constant baloney is with a horse laugh.
at March 18, 2017 No comments:

There are just a few days left in the nomination period for the 2017 Hugo Awards. Details of the process can be found on the Worldcon 75 website.

This is just as good excuse as any to read some of that good ol' Lou Antonelli speculative fiction.

Even if you have already submitted nominations, you may update your selections as long as the nomination period continues. But you probably should so in advance of the deadline to avoid any problems in the final hours when the system will be very busy.

Other than the Hugos, I believe a couple of my stories are eligible for the Sidewise award, but that's a juried award. I have nothing eligible for the Dragon Awards this year, since all I had in 2016 was short fiction. Next year "Another Girl, Another Planet" will be eligible. 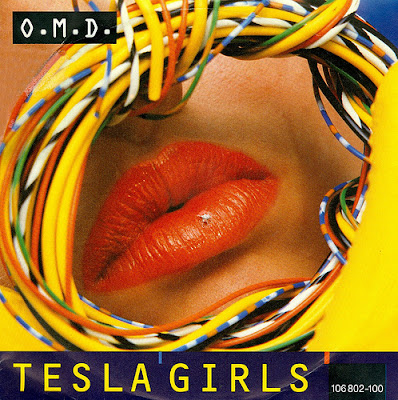 I was listening to WLIR yesterday morning during breakfast and it played "Tesla Girls" by Orchestral Manoeuvres in the Dark, and I remembered - in a flashback - that the first vision I had of what would become "Another Girl, Another Planet" thirty years later came when I first heard the song.

Those of you who have already read the story know exactly what I am referring to.

My apologies to my regular readers for not posting as often as I sometimes do, but I caught a cold two weeks ago and I've been run down and battling it ever since.

I've been trying hard to keep it from settling in my chest and becoming pneumonia - which has happened to me before. I think I've succeeded but it took a lot of work.
at March 05, 2017 No comments: