I want to put a good word in here for Windycon, the convention in the Chicago area coming up Nov. 9-11. I was a panelist last year and I enjoyed it immensely, despite not feeling very good. The fans who run it are experienced and dedicated. It was my first and only time to attend.

At the start of 2017, I resolved to attend a new convention I had never participated in before. 2017 was a crappy year for me, with health, money and job problems. I was invited to be a panelist at Libertycon in Chattanooga, but had to withdraw because of money problems (I was able to attend this year). I was to be a panelist at DragonCon (I was a finalist for the Dragon Award in Alternate History), but as some of you may recall, on my way there I was trapped in a day-long traffic jam on Interstate 40 in Arkansas. By the time I was able to escape the highway I was sick and late, so I gave up and turned around.

Now Chicago is as far from home for me as Chattanooga and Atlanta - approximately 12 hours. But things lined up and held together and I was able to make it and participate. I had a great schedule, with five panels on Saturday. The panels were very well attended and I met a bunch of people I had never met in person before.

Sunday morning when I woke up I realized I might be getting sick, perhaps because of the stress of the long drive Friday, plus the cold weather exacerbating an incipient cold. I had two panels Sunday but I decided to do the safe thing and leave early. I did, and I made it home by Sunday night.

In less than two months many of the problems that I faced in 2017 were resolved as my wife and I had the opportunity to purchase the paper where i worked. We took over The Clarksville Times on Jan. 1, 2018.

I did not ask to be a panelist at WindyCon again this year. In fact I've cut back going to cons because I am working right now full-time as a newspaper publisher. But Windycon was very enjoyable and the convention staff was very helpful to me, and I would highly recommend it if you can make it!
at October 28, 2018 No comments:

You may recall I had posted in the past about the trouble we were having getting Bella house-broken. Here's the latest.

A big part of the problem was probably that we adopted her in June, and she was growing up during the summer when the doors of the house have to kept closed to keep the cool in. Once fall arrived and the temperature abated, we could leave the door open more often.

I was concerned that we had somehow reversed the house training. When her siblings would go outside, Bella would be so excited that she would go out and play with them, and forget to do her business, so she would do it when she came inside.

I was curious to see, once we were able to leave the door open, whether she would actually go outside or inside. My fears were allayed, she apparently knows she is supposed to go outside.

Keeping the door cracked and rewarding her with treats seems to have worked. She has learned to get mom or dad if she needs to go outside and the door is closed.

Now, if for some reason she can't get our attention she hasn't learned to bark or scratch at the door. But the incidents of accidents has gone way done, I think she has gone inside once in a week.

So things are much improved
at October 28, 2018 No comments: 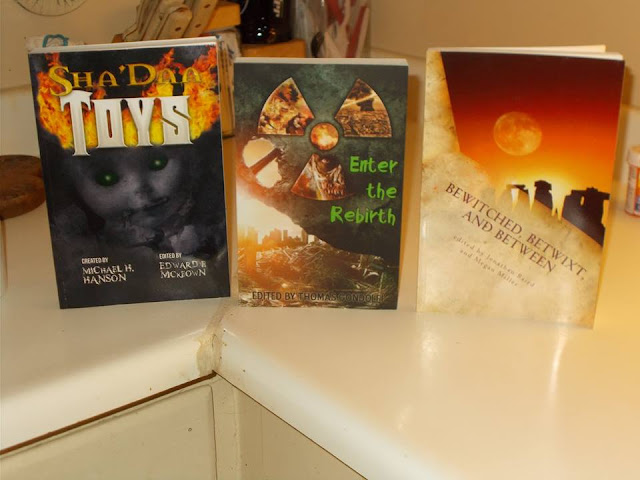 I have some surplus copies of anthologies I have participated in
at October 14, 2018 No comments:

A long time ago 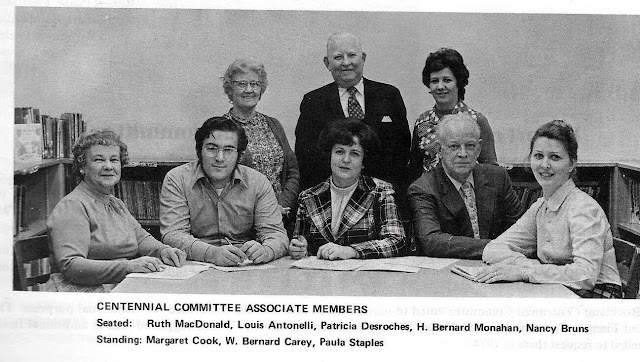 Back in 1974 my hometown, Rockland, Massachusetts, celebrated the centennial of its incorporation. I was a student member of the committee that planned that celebration. That's me in the first row, second from left. I was 17 at the time.
at October 07, 2018 No comments:

Look what's arrived in the mail! 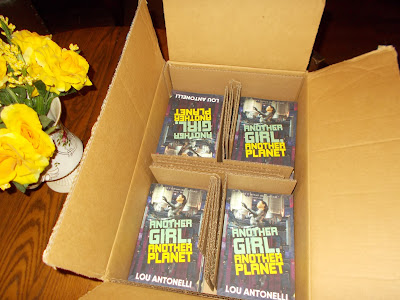 Here in Clarksville we are having our annual Fall Bazaar this Saturday. The Red River County Library is hosting seven Texas authors starting at 9 a.m. I'm ready
at October 03, 2018 No comments: