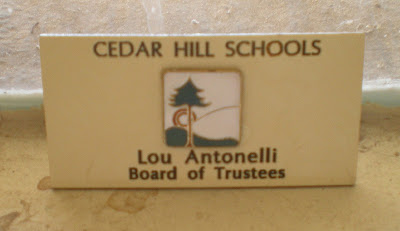 Over 20 years ago I served a three-year elected term as a member of the local school board. I was rummaging through a box in storage a few days ago when I found this badge, and pulled it out. My wife had never seen it.
at October 18, 2015 No comments:

The day the Force left me

With the upcoming premier of "Star Wars: The Force Awakens", I probably need to tell my most significant Star Wars story. It's... unfortunate.

It was December 1976 and at my college paper, the Features Editor grabbed me.

"I have a press kit for a movie coming out next summer," he said. "It's science fiction, so I thought you'd want it."

Alarms bells went off in my head. The saying is, the more a studio is worried about a movie, the more in advance it sends out the press kit. The fact that a movie coming out in the summer of 1977 was sending out a press kit before the end of 1976 didn't bode well, or so I thought.

It was thick and featured a lot of information, as well as a lot of publicity photos. It looked weird, like nothing I had seen before.

It was right before Christmas Break, so after scanning it I tossed it on the dresser in my dorm room, left town - and forgot about it.

I went through the entire Spring 1977 semester and never gave it a thought. I stayed on campus over the summer, and it was in June that I bumped into a friend of mine who was also on campus. He knew I liked s-f, and he told me he had just seen this great movie that had just opened.

As he gushed on about it, I realized it was the movie whose press kit had been sitting in my room gathering dust for months. I went to my room and dug it out.

He was very grateful.

A week or two later, I realized what a smash hit "Star Wars" had become. A few months later I heard that the original press kit - the one I had given away - had already become a collector's item, especially since it included movie stills from scenes that ultimately didn't make it to the screen.

When I saw the movie, I realized that was true - that press kit came out before the final editing was done.

It's been 38 years, and I have to say that I don't think about it often, I'm a firm believer in living in the present.

The last time I heard, complete versions of that press kit were selling and auctioning for thousands of dollars - and are very rare.

My friend graduated and went on to med school in Upstate New York, and from what I know, is a physician in California. Completely lost touch with him.

I'd like to think he kept the press kit all these years; in any case, I'd rather not know. You just can't look back.
at October 13, 2015 No comments:

Irony in the inbox

You know how Amazon will send you emails of recommended purchases? I found one of these in my inbox this morning...

"We thought you might be interested in these items," it says, and then lists 13 different works, NINE of which are by the same author.

"The Man Who Folded Himself" by David Gerrold, Robert J. Sawyer, Geoffrey Klempner.

"When HARLIE Was One" David Gerrold.

"The Voyage of the Star Wolf" by David Gerrold.

"The Trouble with Tribbles: The Story Behind Star Trek's Most Popular Episode" by David Gerrold.

"The Middle of Nowhere: Second Edition (Star Wolf Book 3)" by by David Gerrold. 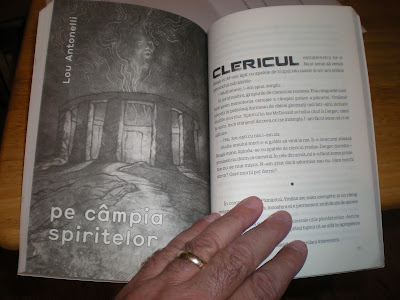 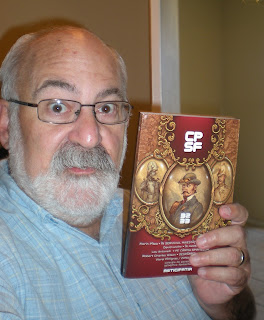