Wouldn't you know it? I received an invitation to attend the Pineywoods Book Festival in Nacogdoches on November 27 - and I will be out of town that day for my high school 35th reunion in Rockland, Massachusetts.

I was going to have a book signing at the Hastings in Nacogdoches last Memorial Day weekend, but I had to cancel because of the death of my father-in-law. So I've never made it to Nacogdoches. Right now I feel I might as well wait to go to Nacogdoches until "Texas and Other Planets" is published and have a singing for that and "Fantastic Texas" together.
at October 30, 2010 1 comment:

Waiting to get back the final version of "Texas and Other Planets" from Merry Blacksmith. Have a big visit on Friday with an endocrinologist - looking forward to some changes in my diabetes management.
at October 27, 2010 No comments:

I was dismayed - but not surprised - that a feminist science fiction convention this week rescinded its invitation to Texas author Elizabeth Moon to serve as a Guest of Honor. I thought, especially in light of the Juan Williams case here in the U.S. and the Geert Wilders case in the Netherlands, that it was a subject of general interest to my newspaper readers, and I interviewed Moon on Friday.

I wrote up this story for Sunday's paper, which I think is a pretty good summation of the subject, especially for members of the general public

The signing at the Tyler Barnes & Noble was a big waste of time, I didn't realize this was the annual Tyler Rose Festival weekend. Everyone essentially was at the festival - which was at the other side of the city - and traffic at the book store was pitiful. I didn't sell enough to cover the cost of my gas.

On the plus side, my beta reader has delivered a set of corrections which I can use when I get "Texas and Other Planets" back from Merry Blacksmith Press, and Gardner emailed me his blurb.
at October 17, 2010 No comments: 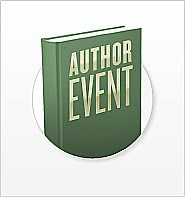 Just a reminder, I will be signing copies of "Fantastic Texas" on Saturday, Oct. 16, from 1 p.m. to 4 p.m. in Tyler at the Barnes & Noble book store, South Broadway, Tyler, TX 75703. Its telephone number is 903-534-3996.
This will be my first signing at a Barnes & Noble. Previously I have done signings in Hastings, independent book stores, and at private groups. I'm looking forward to it.
at October 14, 2010 No comments:

John Teehan has posted the final Table of Contents for "Texas and Other Planets" on the Merry Blacksmith Press web site. Note that there is a slight difference between the final TOC and what was originally proposed.
http://www.merryblacksmith.com/bookpages/texas.html
at October 12, 2010 No comments:

Torn from the pages of today's newspaper!

I used my personal column in today's paper to discuss my fiction writing - rather than the usual discussion of local public affairs - so I thought I'd cut and paste it here for the benefit of the followers of this blog:

Last year, I signed a contract for a reprint collection of science fiction and fantasy short stories. The book came out right at the end of the year."Fantastic Texas" rounded-up a dozen stories set in Texas and published in various publications from the U.S. to Australia to England. It's been well received. One magazine wrote:"Lou Antonelli is a journalist and thus has a journalist's simple and clear style of writing; he is easy to read. His voices for his characters are delightfully idiosyncratic. You will not find any conceptually mind-blowing stories here, nor any literarily exciting fictions but you will find 140 pages of the best kind of ‘popcorn' fiction or beach reading, and this is a good thing. These are all enjoyable and perfect examples of well written SF in a sort of 1950's mode."As a writer who so far has only published short stories, I never had the status of having a book published. "Fantastic Texas" solved that issue, and it has also afforded me the opportunity to do book signings.
I started the rounds Feb. 6 here in Mount Pleasant, and since then I have visited Tyler, Longview, Marshall, Paris, Greenville, Waxahachie and New Boston. I also peddled copies at the various literary conferences I attended this year, in Dallas (three times), Tulsa, Houston and Austin. I will be back in Tyler again this Saturday from 1-4 p.m. at the Barnes & Noble for another signing (my previous visit was to the Hastings there).A few months ago, another small press publisher put out the word, through the appropriate genre sources, that he was open to book proposals. Although "Fantastic Texas" is, well, fantastic, after it came out I realized its virtues as a showcase for my fiction was limited by its theme.I pitched - and sold - the new publisher on a 20-story collection, which would be, in effect, The Best of Lou Antonelli, and came up with the snappy title "Texas and Other Planets".It's in production now, and I look forward to it coming out, hopefully in time for Christmas (what a great stocking stuffer!). "Fantastic Texas" came out too late last year to make the Christmas gift-giving season, but I have hopes for "Texas and Other Planets".
This second collection runs the gamut from my first story ever published - in the summer of 2003 - to a story in a magazine out right now called Greatest Uncommon Denominator (GUD) called "Dispatches from The Troubles", an alternate history set in South Texas.That story, by the way, is my 50th to be published.Almost all fantasy and science fiction authors - unless you're a legend like Ray Bradbury or Harlan Ellison - eventually write novels, and I'm no different. I have expanded my short story "The Witch of Waxahachie" - which is in both collections - into a full-length book, and it is currently on the desk of an editor in New York. Fingers are crossed.
at October 11, 2010 No comments:

Which way to Texas?

Kinda torn, have a bunch of ideas, can't decide which way to go. Space Opera? Fantasy? I think I may be Tex-ed out for the time being.

Need to spend Monday working on publicity for Saturday's book signing in Tyler. (In case you haven't noticed in the past, Mondays are a day off for me because I have to work Saturdays - Sunday's paper being the largest one of the week.)
at October 10, 2010 No comments:

After the hiatus from writing involved in getting "Texas and Other Planets" ready for the publisher, my stack of returned stories began to grow, and I spent most of this week doing that slush pile shuffle. I have 14 stories kicking around in various places, although I must admit in some cases I don't know whether they are still being considered.

I don't mind submitting to small venues, but sometimes these types take so long to reply, and they don't respond to queries, that you just move on and resubmit.

Th worst case was where a few years ago a small mag took TWO YEARS to respond with a rejection, by which time not only had the story been published elsewhere, it was in the Honorable Mention list in the YBSF.

I was caught up by Wednesday, so I thought to get back to the word processor and start something new, but then TCM showed "Forbidden Planet" and well, that didn't happen.
at October 08, 2010 No comments:

I have my first book signing of the fall scheduled, I will be at the Barnes & Noble in Tyler on Saturday, Oct. 16, from 1-4 p.m.

Now that I've sent off the manuscript for "Texas and Other Planets", I need to get caught up on my submissions list and the old slush pile shuffle again.
at October 03, 2010 No comments:

Off to the publisher 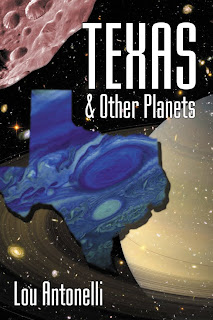 I sent off the manuscript for my reprint collection "Texas and Other Planets" to John Teehan and Merry Blacksmith Press yesterday, Oct. 1. Twenty stories - 18 short stories, one flash and one novellete, 83,736 words. Stories range from being published in Asimov's, Jim Baen's Universe, Greatest Uncommon Denominator and Andromeda Spaceways In-flight Magazine to meager little ezines long since evaporated into pixel dust...
at October 02, 2010 No comments: