The arrival of "Dinah Shore" 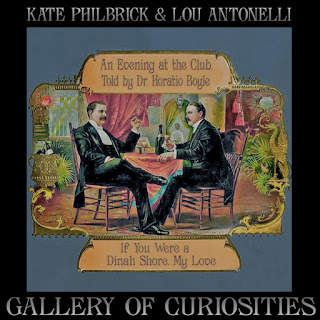 Gallery of Curiosities went live a couple of days earlier than anticipated.

The double bill features my story "If You Were a Dinah Shore, My Love". This is my 104th short story published since I started in 2003 and my ninth in 2016. This my first story ever published via podcast.

I think both stories are great - and Gallery did a fantastic job with the recordings - but if you want to go straight to "Dinah Shore", it starts at 19:30. Here is the link:

Hope everyone had a very Merry Christmas, and is recovering nicely!
at December 26, 2016 No comments:

"If You Were a Dinah Shore, My Love"

Looks like I will have one last publication before the end of the year. Gallery of Curiosities is slated to podcast my story "If You Were a Dinah Shore, My Love" as part of a double bill on Dec. 28. Mark your calendars!
at December 22, 2016 No comments:

"For Duty and Humanity!" 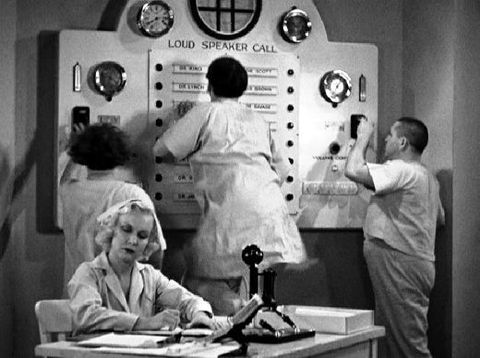 I pointed out to my wife that The Three Stooges parody , "Men in Black", is much better remembered than the film itself.

'Calling Dr. Howard Dr. Fine Dr. Howard" is one of the Stooges' best known catch phrases, and the ending - when they tear up the intercom and finally silence it by pulling out revolvers and shooting the vacuum tube that is still chattering ("Oy, they got me!") is a trope of striking back at technology.
"Men in Black" was the third short made by the Stooges for Columbia and introduced a lot of the business they used in the 187 other films they later made, until 1959.

Ironically, "Men in Black" received an Academy Award nomination, in the Best Short Subject category. while the film it parodied didn't received any nominations - although it was very commercially successful.

Years later, the title "Men in Black" was co-opted by a totally different series of films.

The final irony? In 1998 National Lampoon made a straight-to-television parody of the Will Smith vehicle, and called it "Men in White".
at December 17, 2016 1 comment:

Not a bad year

I only had two stories in 2008, but one of them was "The Witch of Waxahachie" in Jim Baen's Universe.

I've had a story listed in the Honorable Mentions in the back of Gardner Dozois' annual "Best of" collection eleven times.
at December 11, 2016 1 comment: 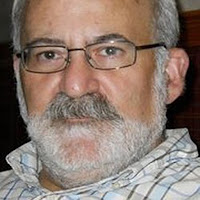 In anticipation of the upcoming publication of my debut novel from WordFire Press, "Another Girl, Another Planet", I had to update my biography, so if anyone is interested, here it is (I have also posted my officious mug shot):

Lou Antonelli started writing fiction in middle age; his first story was published in 2003 when he was 46. He’s had 103 short stories published in the U.S., U.K., Canada, Australia, India and Portugal in venues such as Asimov's Science Fiction, Jim Baen's Universe, Tales of the Talisman, Andromeda Spaceways In-Flight Magazine, Greatest Uncommon Denominator (GUD), Daily Science Fiction, Buzzy Mag, and Omni Reboot, among many others.

His first professional science fiction short story, “A Rocket for the Republic” (Asimov’s Science Fiction Sept. 2005) was the last story accepted by Editor Gardner Dozois before he retired after 19 years.

His 100th published short story “The Yellow Flag” (Sci-Phi Journal Aug. 2016) has the record for fastest acceptance in genre fiction. It was written, submitted and accepted between 1 p.m. and 5 p.m. on May 6, 2015

A Massachusetts native, Antonelli moved to Texas in 1985 and is married to Dallas native Patricia (Randolph) Antonelli. They have three adopted furbaby children, Millie, Sugar and Peltro Antonelli..

He is Managing Editor of The Clarksville (Tx.) Times.
at December 07, 2016 No comments: