Cover reveal for "Another Girl, Another Planet" 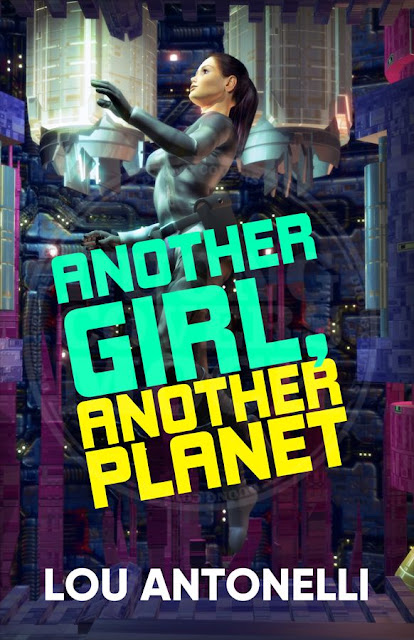 I did my cover reveal for "Another Girl, Another Planet" Saturday at my reading at Armadillocon.

This is the back cover blurb:

Dave Shuster is confronted by secret government agents over a photo taken by a Mars lander of a graveyard complete with crosses on Mars. The secret is out, and the conspiracy is revealed!

Shuster claims that—in an alternate timeline—he was a low-level bureaucrat in the administration of a joint U.S.-Soviet Mars colony. In that timeline, the Cold War takes a very different turn—largely influenced by Admiral Robert Heinlein, who was allowed to return to Naval service following World War II.

And then Shuster is thrown into a power vacuum immediately upon his arrival on the Mars Colony in 1985. He finds himself fighting a rogue industrialist and is caught up in a murder mystery involving the illegal use of robot technology
at August 02, 2016