"You've sentenced yourself to a life of bitterness and frustration, like me..." 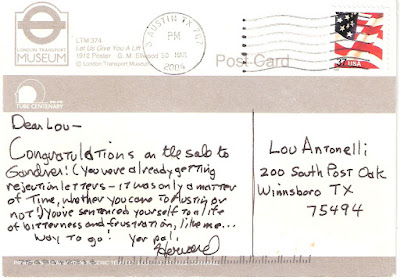 Back in 2004, I traveled to Austin on newspaper business. Our local high school girls basketball team was playing in the state tournament. They won their semi-final game on Thursday, which meant they would play in the state final match-up Saturday. That meant I had time to kill that Friday.
I have always admired Howard Waldrop's fiction, and I knew he lived in Austin, so I had the idea to look him up and meet him in person.
Howard was home and I got to meet him in person for the first time, a meeting recounted by his foreword in my first collection, "Fantastic Texas". 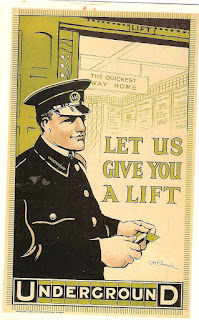 Now, a year and a half earlier I had started to write and submit spec fic, and I had submitted 16 stories to Gardner Dozois at Asimov's (a process which is documented in my book "Letters to Gardner").
Howard said if Gardner was writing personal feedback on rejections, it meant he felt he would probably eventually buy something from me. Of course, I assumed he was just being nice, but the next week, while back home, I received Gardner's acceptance of "A Rocket for the Republic".
I wrote Howard and told him meeting him had brought me good luck. He later dropped me this postcard. I recently found it in a drawer while cleaning up a messy storage shed, and thought I'd share it.
If you have trouble reading Howard's handwriting, this is what it says:
"Dear Lou,
"Congratulations on the sale to Gardner. (You were already getting rejection letters - it was only a matter of time, whether you came to Austin or not!) ou've sentenced yourself to a life of bitterness and frustration, like me..
"Way to go!
"Yer pal,
"Howard"
Howard is a great writer, a nice guy, and it also seems, a clairvoyant.
In any case, I post the front and back of the postcard for you viewing pleasure.