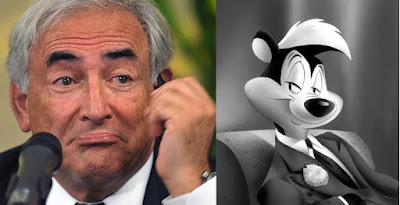 Since I made the commitment to man my table at the convention, I pretty much stayed there when I wasn't at any panels. Although the dealers' room closed at 6 p.m. Saturday, I then had panels at 7 p.m., 8 p.m. and a reading at 10 p.m. so I didn't have much free time, especially when you factor need the need for a meal. I was also tired after the long drive that morning. The net result was I never stepped foot in the con suite Saturday, or as it turned out, all all during the convention.

Still, I ran into a number of old friends. Two I didn't see enough of were Adrian Simmons and Bill Ledbetter, but as I mentioned in a previous post, Adrian was tied down at his own table in the dealers' room. I didn't see Bill until Sunday. Turns out he got to the con later than me, he had tp send a kid off to college at Tarleton in Stephenville.

The convention was an opportunity for me to meet some people I had never seen before. I didn't share any panels with the Guest of Honor, Paolo Pacigalupi, and I despaired of meeting him, and then Sunday morning I ran into him at the coffee shop in the atrium of the hotel. I told him that last fall when I met Paul DiFillipo in Providence we joked that if all three of us could get together in one place we'd have the vast majority of Italian-American s-f writers in the country (the other member would be Ben Bova).

I'd actually sent an email to Paul last spring urging him to come to ArmadilloCon so the three of use would get together, but I suppose he wasn't willing to blow hundreds of bucks for an airline ticket on a whim. Paolo had met Paul in the past, and asked me to pass long his regards. I bet we'll all meet finally in the WorldCon in San Antonio in 2013.

The main things I asked Paolo were his Italian roots (it was his great-great-grandfather, who he is named for, who trotted down the proverbial banana boat gangplank). In my case, it was my grandfather and parents who both immigrated. Also, I've always been puzzled by the fact that, when I read his short story "Pump Six", it was obvious the author was familiar with the physical layout of Columbia University in New York City - which I attended - but I have never seen any indication that Paolo attended Columbia. He said he didn't, but his wife went to Teachers College, so that's cleared up.

The Guest Editor was Lou Anders - someone else I have never met - and we shared a panel at 3 p.m. Saturday afternoon on "The Rise of Steampunk Fiction". The moderator was Katherine Kimbriel, and the other panelists were Bev Hale - a dear friend - and T.M. Wagner. It was a very good panel, with good discussion and lots of information - the panelists were will chosen - though it occasionally got confusing - at least to me - as people referred to "Lou". At one point I referred to Anders as "the real Lou".

Anders had nabbed the Hugo for Best Editor - Long Form at the WorldCon the previous weekend. As the panel broke up I suggested he should have brought it, and used it to bang on the table when he wanted to speak.

Old chum Jayme Blaschke and I were on the panel at 7 p.m. on "What is the Next Big Literary Movement in Texas?", which was moderated by Don Webb. The other panelists were Rhonda Eudaly, Lee Thomas and Katy Stauber. This panel I suppose was the obligatory Texas-themed panel, and in truth, I don't think we had much to say - but we flung the bull well. Don started the "TexCore" literary - which I suppose is hard-core Texas-themed fiction. This panel was more fun that informative - but what's wrong with that?

At 8 p.m. I was on the panel about "Cyberpunk - How it Influenced Fiction, technology and the World". How I managed to be on panels about Cyberpunk and Steampunk on the same day I'll never know. Bruce Sterling - who was a last minute addition to the con - was on this panel. I can recall that we've ever been on a panel before. The moderator was Chris Brown, and other panelists were Michael Finn and David Cake, who is the TAFF person this year from Australia. Rick Klaw was supposed to be there, but didn't make it. When I saw him Sundayhe said he was just not feeling well by that time.

This was a very well attended panel, with some very knowledgeable people, and I think the audience got a lot out of it. My supposition is that it was put there to make sure I didn't show up at the Elizabeth Moon and Wiscon panel, which was held at the same time.

One highlight (or low point) depending on how you look at it, was when I told a joke and it fell flatter than a pancake. I realized then I needed dinner and my blood sugar was really dropping.

Later than evening I attended a reading by Rie Sheridan Rose of the beginning of a horror story called "The Skellyman". It was very good, though not something I would write. Then at 10 p.m. I had my reading, which drew two people, who listened to my first eight-page rough draft of "The Stinky Men". I later leaned on their feedback for a rewrite.

After that it was to bed, I was exhausted.

The highlight of the con for me was the panel on "Secret History" held at noon on Sunday. In addition to being on the same panel with Howard Waldrop, it was loads of fun because this is really the type of fiction I have written the most best about.

The moderator was Madeliene Rose Dimond, and the other panelists were Steven Brust and Alan Porter. This was an interesting mix, especially since Brust writes high fantasy and Porter has worked primarily in comic books, but it worked very well.

The panel had the perfect combination of information and fun, I think the audience really got a kick out of it. The high point for me was, when during a discussion of how you can ever know what really happened in an event, we touched on the Dominque Straus-Kahn case. I dismissed DSK as "Pepe LePew with money" and Howard nearly died laughing.